we'd be deelighted to talk to you.

Chat online with us and we can help you with almost anything (banking related, that is)

chat with a personal banker 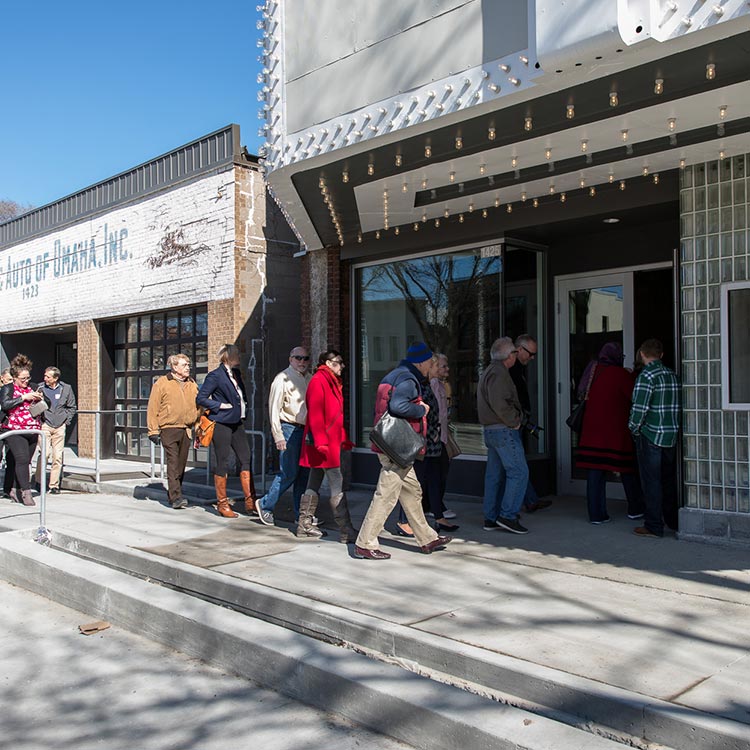 Being part of a community means fully embracing it—honoring its past and valuing its present—all with an eye toward what lies ahead. Because, as they say, if you don’t know your history, you can’t know your future.

Dundee Bank subscribes to this philosophy and has a passion for historic preservation at every level. In March 2018, Dundee representatives took part in the Nebraska Historic Preservation Conference, an event presented by Restoration Exchange Omaha (REO) and the Nebraska State Historical Society that’s designed to educate and motivate individuals and business owners on how to restore old homes and buildings throughout the state.

For the first time, the conference featured walking tours, and Dundee board member Adrian Hernandez led a large group of attendees through the Blackstone district. Their tour delivered everything a preservationist could ask for—a mix of history, old buildings and the inside scoop on what is going on with their preservation. And it was easy for them, because Dundee Bank has lived it.

Restorationists from the Start

From the get-go—which for Dundee Bank was 2006—the goal was to be the…nonbank.

“From how we treated people to the look and feel of our lobby, we wanted to be much more open, transparent and authentic in how we delivered banking services to our community,” Hernandez says.

And part of that meant focusing their energies and mission on the redevelopment of Omaha’s core. To make it happen required turning an old space into a new one, starting with their first branch in Dundee, which was originally Buffet and Son grocery store, started by Warren’s grandfather and where he worked for his own father as a boy. 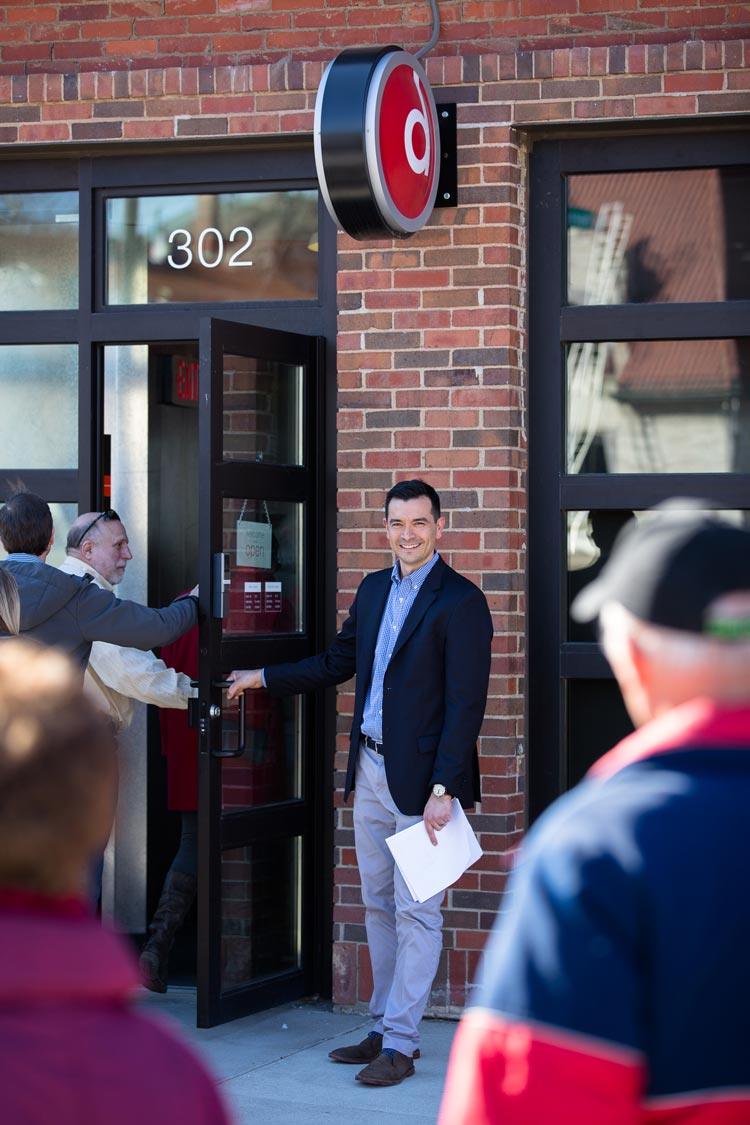 But Dundee wasn’t just concerned with their own restoration projects. They wanted to help other businesses in the area do likewise. In the process, they started running into folks from REO more frequently. And when they decided to open their second (also historic) branch at 38th and Farnam in Blackstone, they knew REO would need to be involved.

“What scares a lot of people away from buying something that’s old is that lack of knowledge,” Hernandez says. “Everyone who’s ever lived in an old place knows it takes a tremendous amount of time, energy and money to keep it operating like you’d want it to. You need help along the way.”

REO helped Dundee by providing education and advocacy, from understand the history of the building and what it would take to restore it to helping them get the property listed on the historic registry, which can provide access to funds to redevelop a property that might be too cost-prohibitive to preserve otherwise. They also ensured Dundee included tributes inside the bank to honor Omaha’s past and the building’s original purpose.

“If you went to either of our branch locations today, our employees would be able to tell you the story of the building and a little bit about the neighborhood, too,” Hernandez says.

Reinvesting in the Neighborhood

Though they’ve helped many locally owned businesses with their restoration projects, Dundee Bank’s role in bringing the Blackstone neighborhood together is their proudest historic accomplishment so far. Because when a couple of developers who lived in the neighborhood came to them with their vision for Blackstone, the neighborhood at the time was not in the best shape. Now, just five or six years later, it’s become one of Omaha’s destination neighborhoods for people going out to eat and drink, and for people to live well in the middle of it all.

“I think Blackstone stands out as the neighborhood we’re most proud of reinvesting the community’s dollars,” Hernandez says. “At the end of the day, that’s what separates us. If you make a deposit into Dundee Bank, it’s pretty easy to see where your money is being used, because you can drive by projects just down the street and see our sign: “Financing provided by Dundee Bank.”

deelighted to have you aboard!

Our newsletter will keep you updated with the latest at the bank and our surrounding communities. Thanks for your interest in Dundee Bank and for supporting a local business.

Thanks for reaching out.

We will have a personal banker reach out to by the end of the next business day. But if you would rather not wait please call us anytime during business hours.